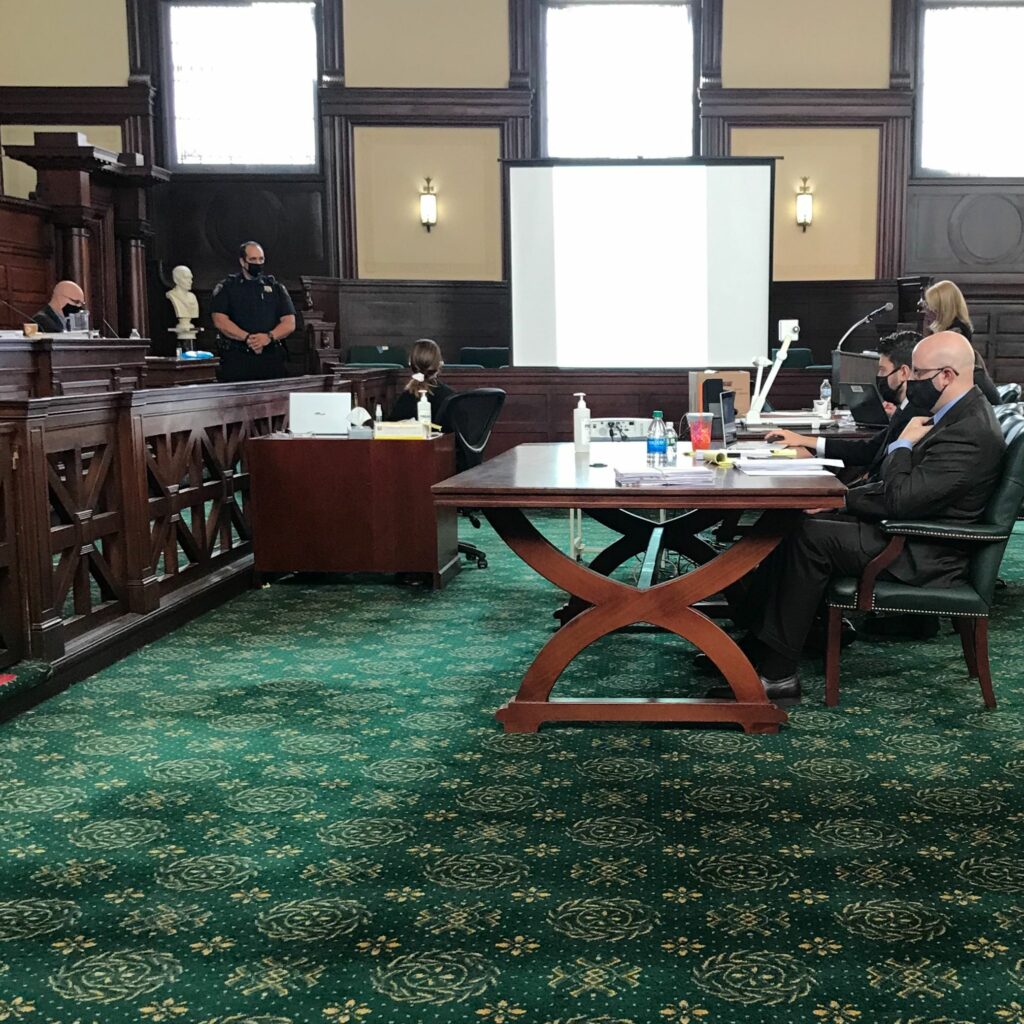 On Monday September 21, 2020 the Abelove trial continued. After a morning witness took the stand the rest of the day was spent reading Abelove’s Grand Jury Testimony.

In this recording you hear the prosecution reading the documents of the trial where Abelove testified. Former Rensselaer County District Attorney Joel Abelove was in the room following a transcript of his grand jury testimony while Deputy Chief Jennifer Sommers and Deputy Chief Nicholas Viorst read it into the court record. Viorst read Abelove’s testimony and Sommers read her own parts. This is just the first hour plus of the reading.

In this file you will hear that Abelove allowed Troy police Sgt. Randall French to testify with immunity before an earlier grand jury because he believed the sergeant’s fatal shooting of Edson Thevenin in 2016 was justified.
“You believe the shooting was justified?” asked Sommers.
“Correct.” Abelove answered.