Abelove Trial: Reaction to the Decision – Abelove Acquitted of all Charges 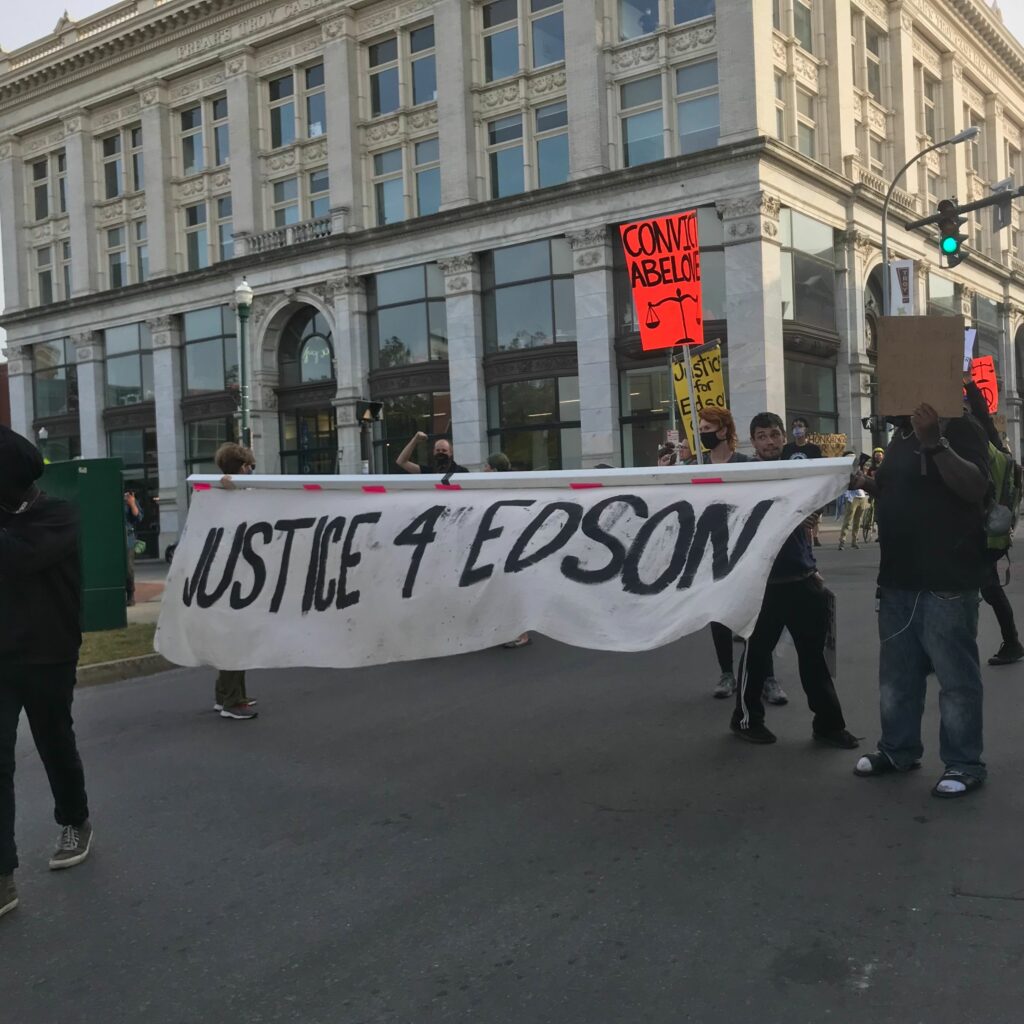 On Thursday September 24, 2020 after nine days of trial former Rensselaer County DA Joel Abelove was acquitted of all charges. It was a bench trial, meaning a judge, not a jury, decided the verdict. It took the judge about three hours to make his decision.

Abelove’s charges stemmed from his handling of an officer-involved shooting in April 2016, when Troy Sgt. Randy French shot and killed Edson Thevenin during a traffic stop. Abelove was charged with two counts of official misconduct and one charge of perjury.

WOOC producer Elizabeth Press brings us this report. Including voices of reporter Rob Gavin of the Times Union, activists Tasheca Medina and Naomi Jaffe from a rally in downtown Troy and later activist Damaris Miller explains the significance of this case at a protest in front of Mayor Madden’s house.