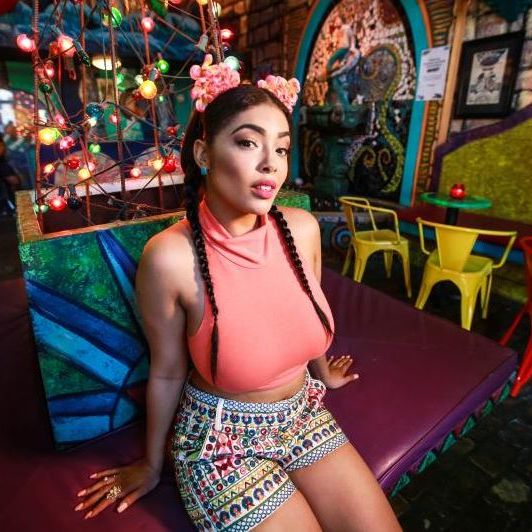 Nitty Scott MC is a queer, feminist, Afro-Latina hip-hop artist based in New York City. Over the last decade she has built for herself a successful music career despite the difficulties of navigating a male-dominated industry. Scott recently completed two years of touring the world in support of her acclaimed album Creature!, which celebrates intersectionaility and Afro-Latina womanhood. In this interview, she speaks with Hudson Mohawk Magazine Correspondent Petra Höller about her fan’s reactions to the album, the intentions behind the music video for “BBYGRL,” and the concept behind her next project, “For the Sad Girls.”

Nitty Scott will be performing at the Spirit of the Suffragettes Concert Series at Freedom Square on August 6th, 2019. This event, which runs from 5-8pm, is free and open to the public.