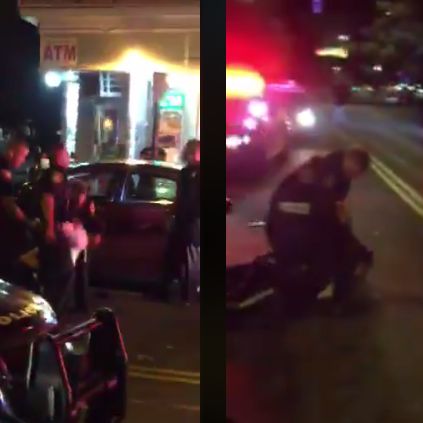 On Sunday night, September 2, citizens posted video of a police incident at the corner of Madison and Grand in Albany’s Mansion Neighborhood. A crowd came out as at least six police officers pulled a woman from her car and arrested her. Confusion reigned. This Friday night, September 6, the organization A Block at a Time will host a Community Meeting with Albany Police Chirf Eric Hawkins at Grand Street Community Arts, 68 Grand Street (on the same corner), from 5:30 to 7 PM.