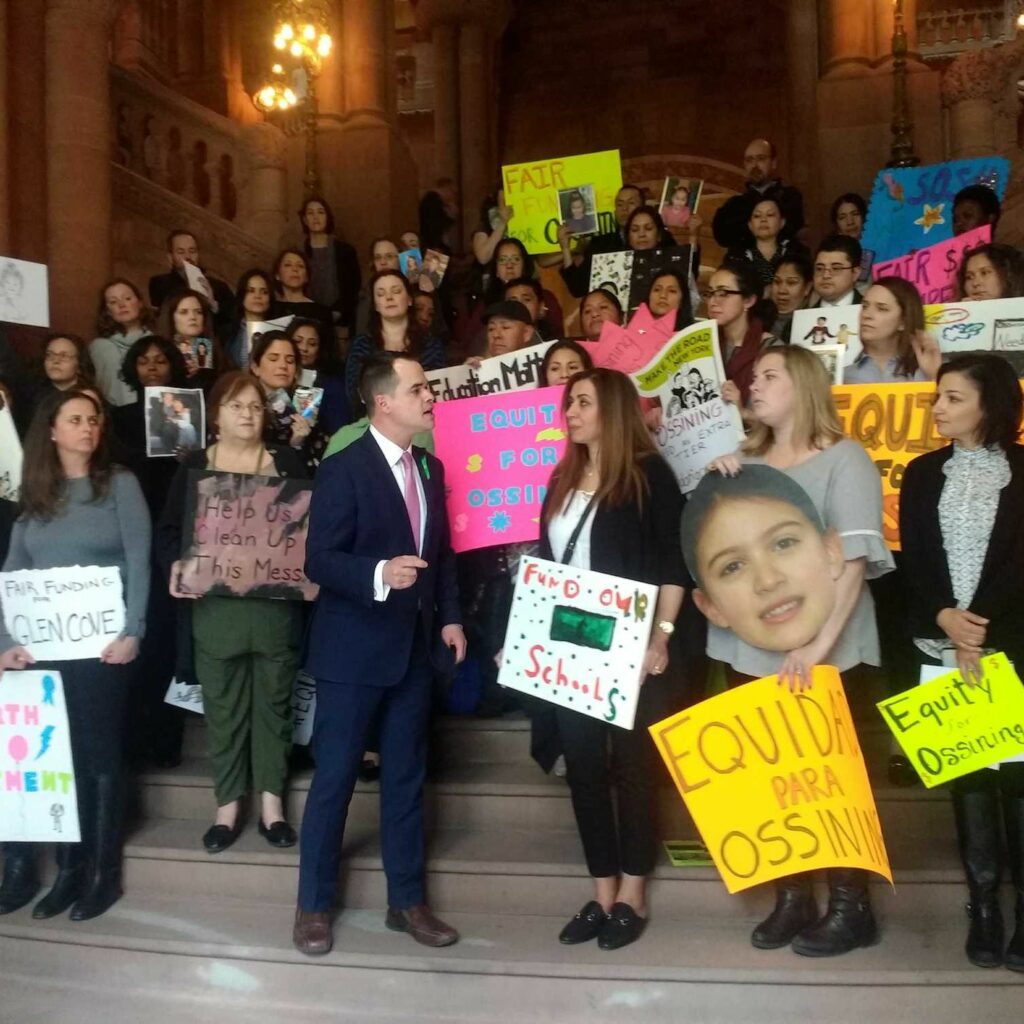 Parents, teachers, and advocates for Ossining School District gathered in the Capitol Building today, in hopes of securing much needed funding before the Governor’s budget is finalized. They were joined by New York State Senators Peter Harckham and David Carlucci, the Chair of Committee on Education Shelley B. Mayer, and Ossining School District Superintendent Raymond Sanchez. Parents described how children as young as four have hour long bus rides due to consolidation, classrooms established in basements, and inadequate services for English learners. Ossining has a robust latin-american community. These schools in low-to-middle income and minority districts have seen huge increases in enrollment as families move out of New York City to more affordable places like Westchester. At the same time, school funding continues to be determined from outdated distribution models based on outdated census data.