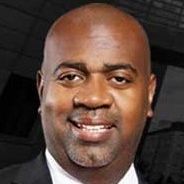 April 4-6, scores of grassroots leaders, community economic development practitioners, urban planners, elected officials, scholars, professional planners, civil rights and faith leaders gathered in Newark, New Jersey for a National Emergency Summit on Gentrification. Convened by the Institute of the Black World 21st Century under the leadership of Dr. Ron Daniels, President and hosted by Ras J. Baraka, Mayor of Newark, the Summit focused on reversing and overcoming the displacement of Black people and Black culture caused by the devastating impact of Gentrification. Organizers termed this phenomenon “the Negro Removal Program of the 21st Century… In this segment, Hudson Mohawk Network Roaming Labor Correspondent, Willie Terry will play recorded exerts from this public meeting and webinar on comments given by Newark Mayor Ras J Baraka.