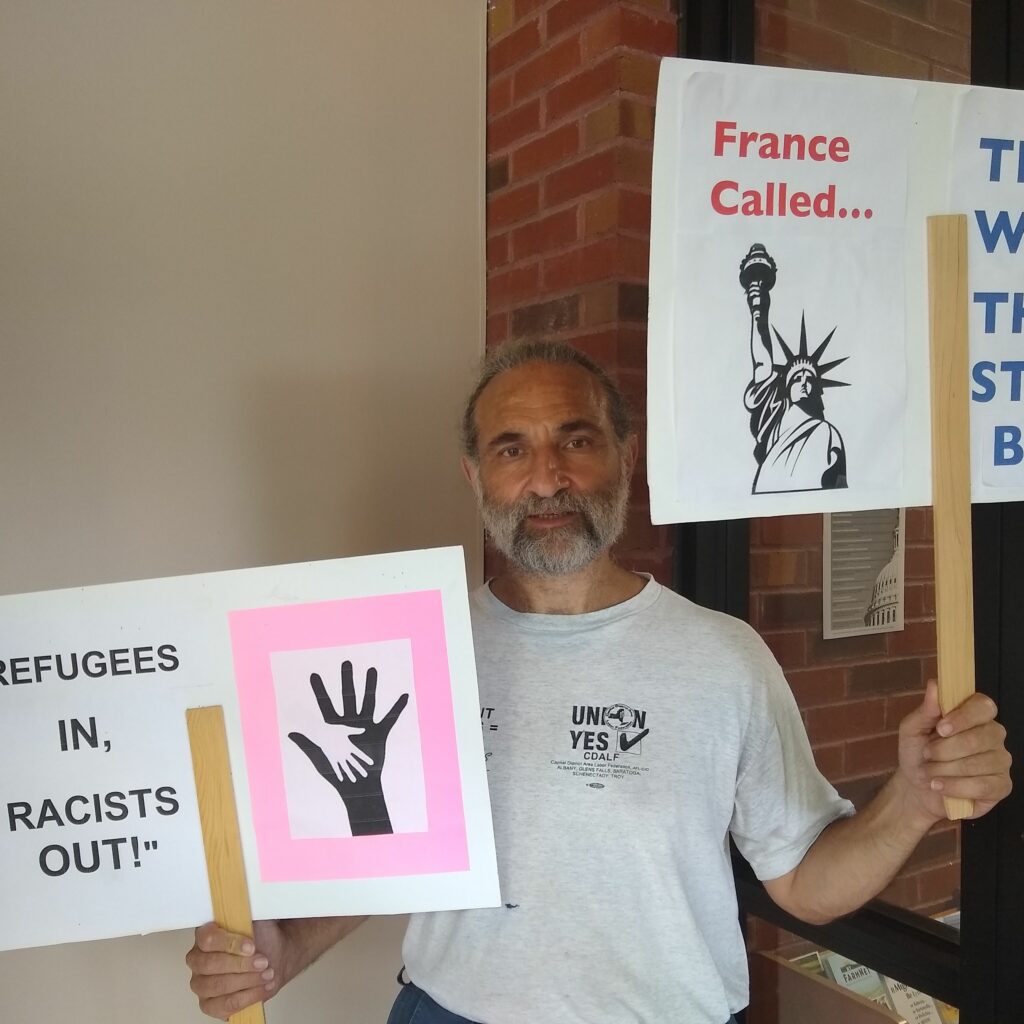 Joe Seeman is a long time Capital Region based political activist. He recently attended the Rally to Shut Down Detention Centers in Glens Falls and spoke with WOOC correspondent Aaron Pedinotti about the event. At the time when this segment was recorded, the main rally had ended and several organizers of the event were occupying congresswoman Elise Stefanik’s office. The conversation was recorded just outside the office this act of civil disobedience unfolded.