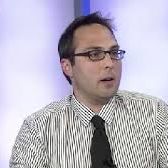 The Public Campaign Finance Commission set up by the Governor and State Lawmakers released their final report this week. Good government groups criticized the partial public campaign finance system as one of the weakest in the country, continuing the role of large donations. The Commission also wants to effectively killed most third parties in NYS. We talked with Peter LaVenia, co-chair of the green Party. By Mark Dunlea for Hudson Mohawk Radio Network