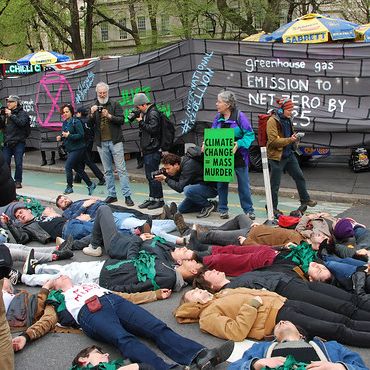 Yesterday in New York City, 62 activists with Extinction Rebellion were arrested after shutting down traffic and staging a die-in outside City Hall, including several activists from the Capital Region. The demonstrators partially blocked access to the Brooklyn Bridge, lying down in the street and scaling stoplights to demand radical action on climate change. In this piece you’ll hear from a variety of demonstrators shortly before they were arrested.