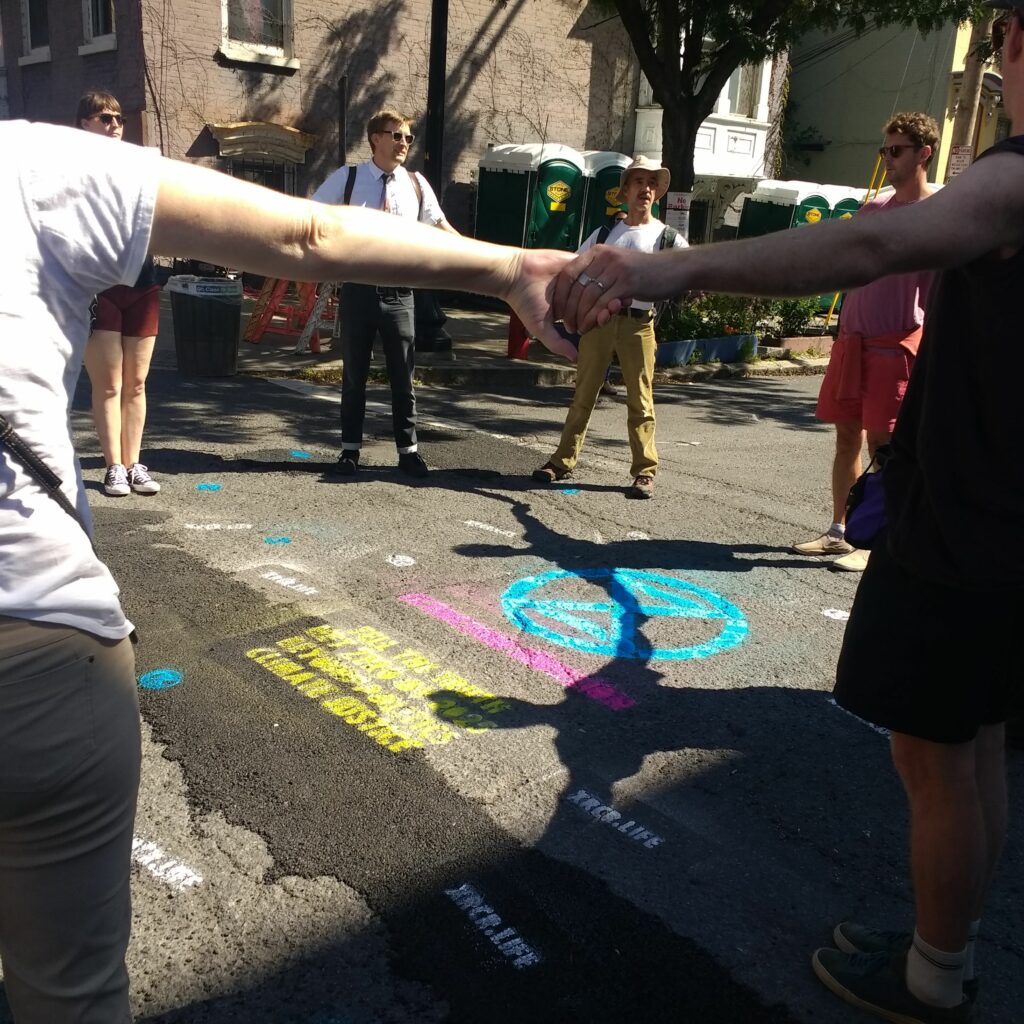 Extinction Rebellion (XR) drew attention at Lark Fest in Albany this morning when climate rebels wrote “Extinction Rebellion, Tell the Truth, Get Zero by 2025, Beyond Politics, Climate Justice” on the multiple stops along Lark Street using spray cans of chalk. They then held hands in a circle around the XR symbol and, together, dropped to the ground, disrupting festival traffic. XR’s die-in visually represents the corpses of lives lost to climate the climate crisis. During the die-in, other XR members spoke to Lark attendees and handed out Extinction Rebellion cards. HMM Correspondent Alexis Goldsmith spoke to Jesse Marshall of XR. Find Extinction Rebellion for the Capital Region at www.xrcr.life