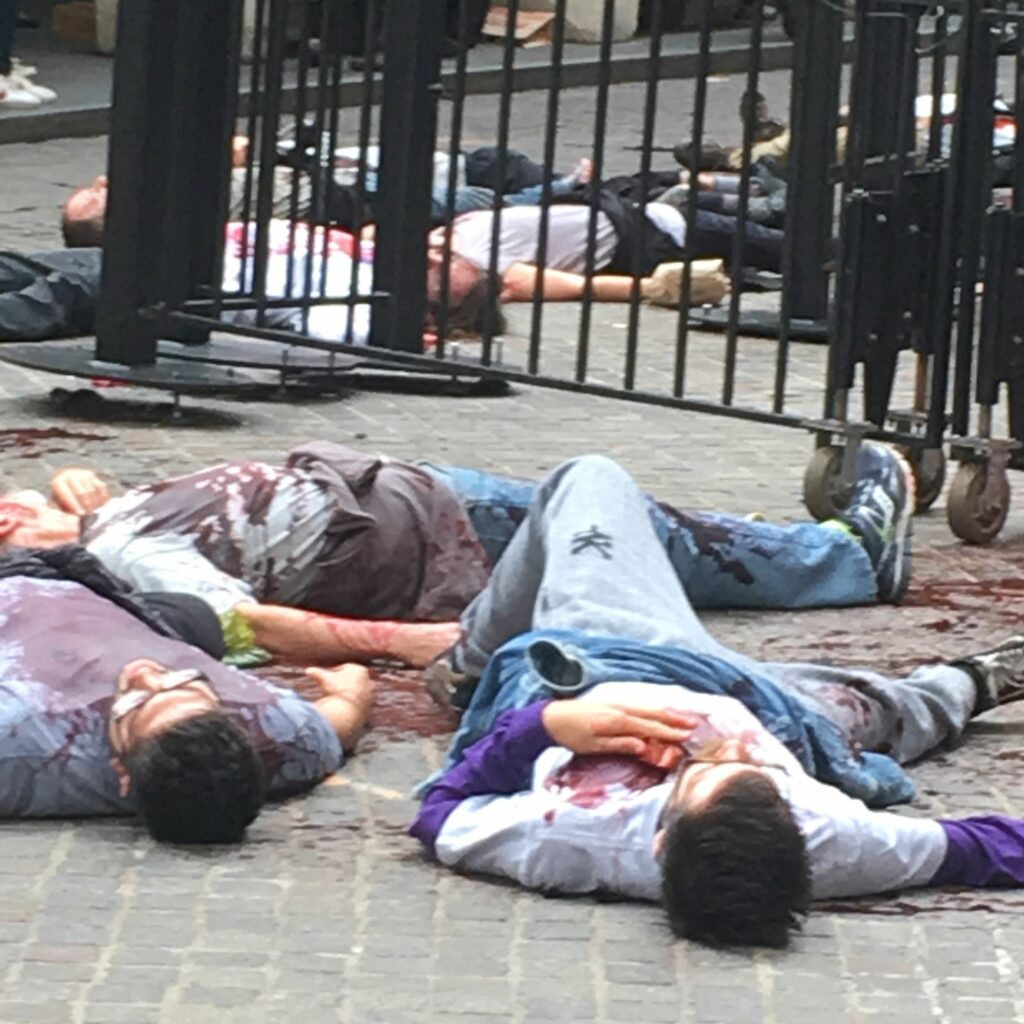 On Monday, Extinction Rebellion occupied New York City’s financial district and stock exchange as part of a global week of climate action. Climate crisis activists poured fake blood on the capitalist wall street bull, blocked traffic, and even held a funeral procession through a cemetery of flood, fire, and drought victims, complete with a casket with “Our Future” written on the side. WOOC contributor and Extinction Rebellion Police Liaison Dave Publow, with hosts Ericka and Eric.