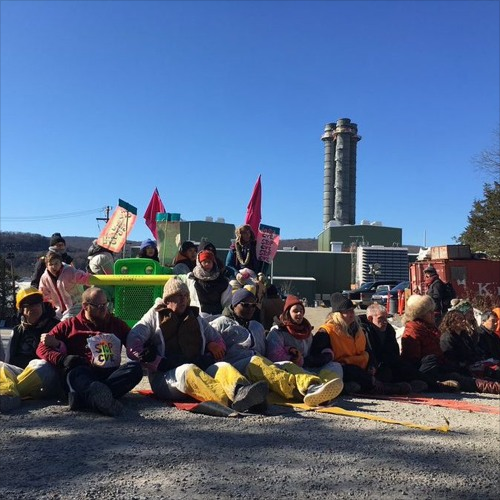 On Nov. 16, climate activists successfully shut down for the day the construction of the Cricket Valley fracked gas power plant in Dover NY. At the initial court appearance of the 29 arrestees on Nov. 21, the Dutchess County District Attorney took a hard line, securing a dubious court order to keep the defendants 1000 feet from the plant. The DA also wants the arrestees to plead guilty to a violation and perform 50 hours of community services within the county. The 4 who climbed the smokestack would have to plead guilty to a misdemeanor and spend 30 days in jail. We talk with arrestees Jim Gordon, Janet Apuzzo, and Ben Schwartz. By Mark Dunlea (also an arrestee) for Hudson Mohawk Radio Network.