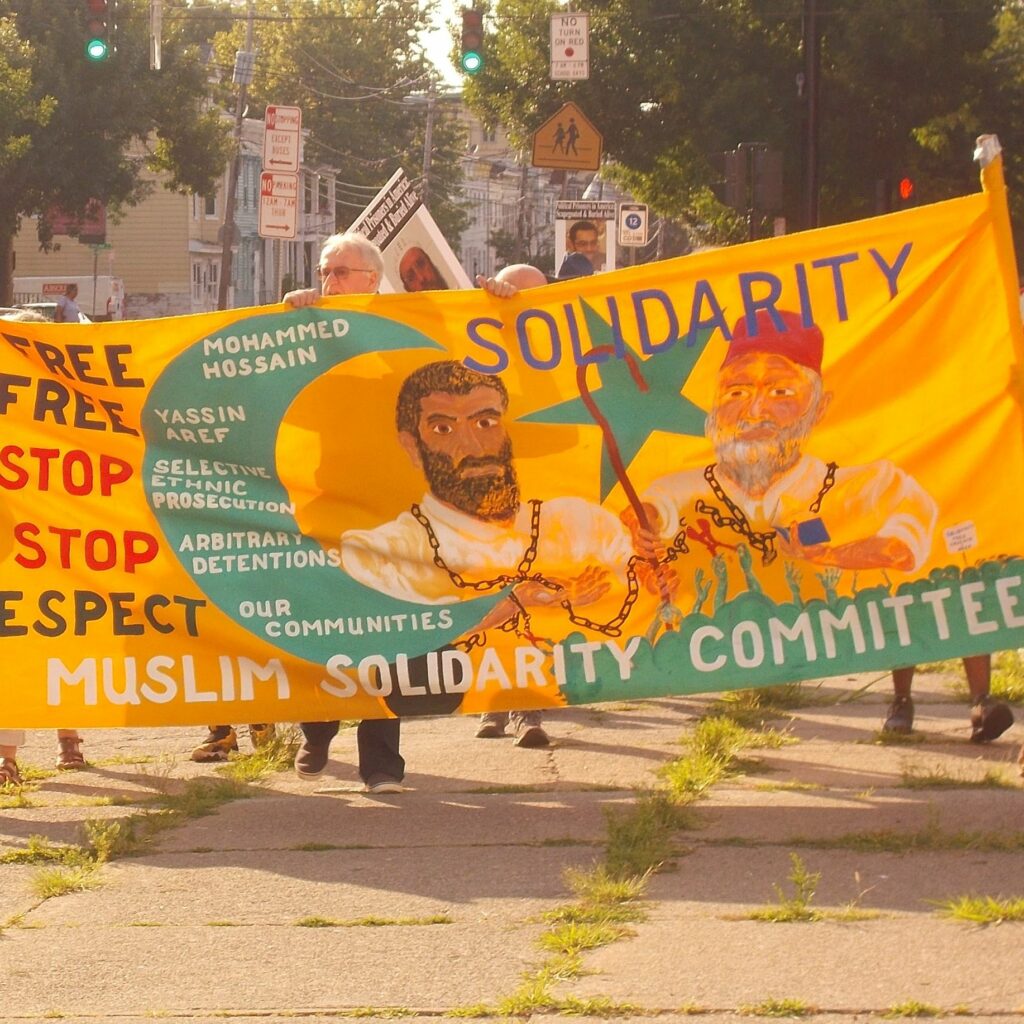 The Hudson Mohawk Magazine Network Roaming Labor Correspondent, Willie Terry, attended a “Celebration of Freedom, Tribute to Mosque Leaders” that marks the 15th Anniversary of the arrests in 2004 of Yassin Aref and Mohammed Hossain, two Muslims
Convicted in 2006 on spurious terrorism charges in what they said was a “phony sting” and sentenced to 15 years in prison. In this segment, you will hear from Jeanne Finley, Organizer of the event and Yassin Aref Daughter on the history of the commemorations.