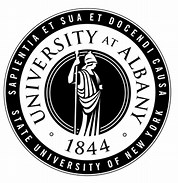 Today we start off with coverage of Saturday’s rally and march on the 14th anniversary of the arrest of two members of the local Albany Muslim community on terrorism charges which most people believe they were innocent of.
Then, our media segment has an interview with Sarah Friedland. a critically acclaimed documentary filmmaker and the director of Skidmore College’s Storyteller’s Institute.
Afterwards, we hear from Shaneil Wynter, Ian Ratner and Rashid White, students in the Department of Latin American, Caribbean and U.S. Latino Studies at SUNY Albany about their radio segments for WOOC.
And later on we’ll talk with Karen Scharff, Executive Director of Citizens Action about the elections coming up in September.