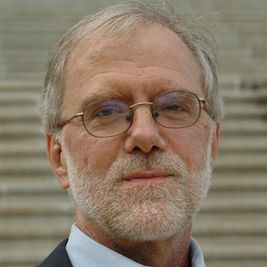 Howie Hawkins first began promoting a Green New Deal when he ran for Governor in NYS in 2010. He discusses the origins of the GND, including efforts in Europe in 2006, and analyzes the present Green New Deal proposals by Cong. Alexandria Ocasio-Cortez and Gov. Cuomo. With Mark Dunlea of WOOC.