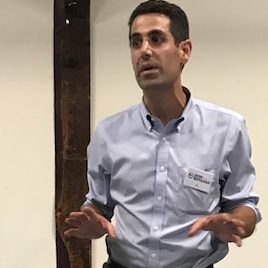 Today we have an interview with Don Boyajian to discuss his run for State Assembly in District 107 on the Democratic line.
Then, we’ll be listening to the second segment of Angelo Domingo’s four-part series on negligent landlords in Troy.
Afterwards, we’ll hear from WOOC Labor Talk Host and Roaming Correspondent Willie terry who attended “The Left Forum” back in June at John Jay College in New York City where he interviewed Godfrey Vincent and John Tillman two history professors from Tuskegee University on the subject of “Contemporary Lessons in Black Labor Community Organizations.”
And later on we’ll discuss the proposed Death with Dignity bill.