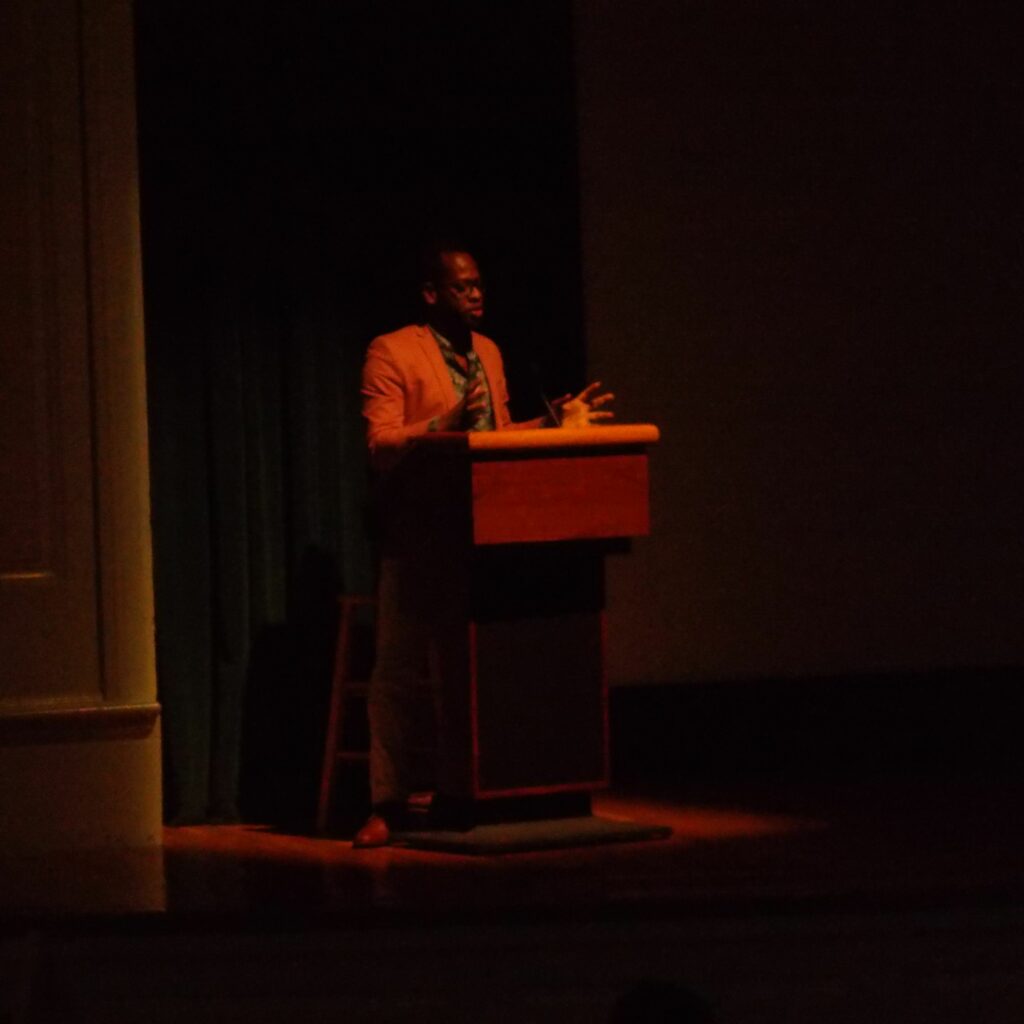 WOOC Labor and Roaming correspondent Willie Terry attended the New York State Writers Institute at the University at Albany on Friday, October 12, film screening and discussion on the Black Panther Marvel Comic Book, where he spoke with Evan Narcisse, who co-authored a book with Ta-Nehisi Coates on “Rise of the Black Panther” a bestselling six-issue series that presents the backstory of the most popular black character in comic book history. In this segment he interviewed Evan Narcisse author and long-time cultural critic along with young people who attended the event.