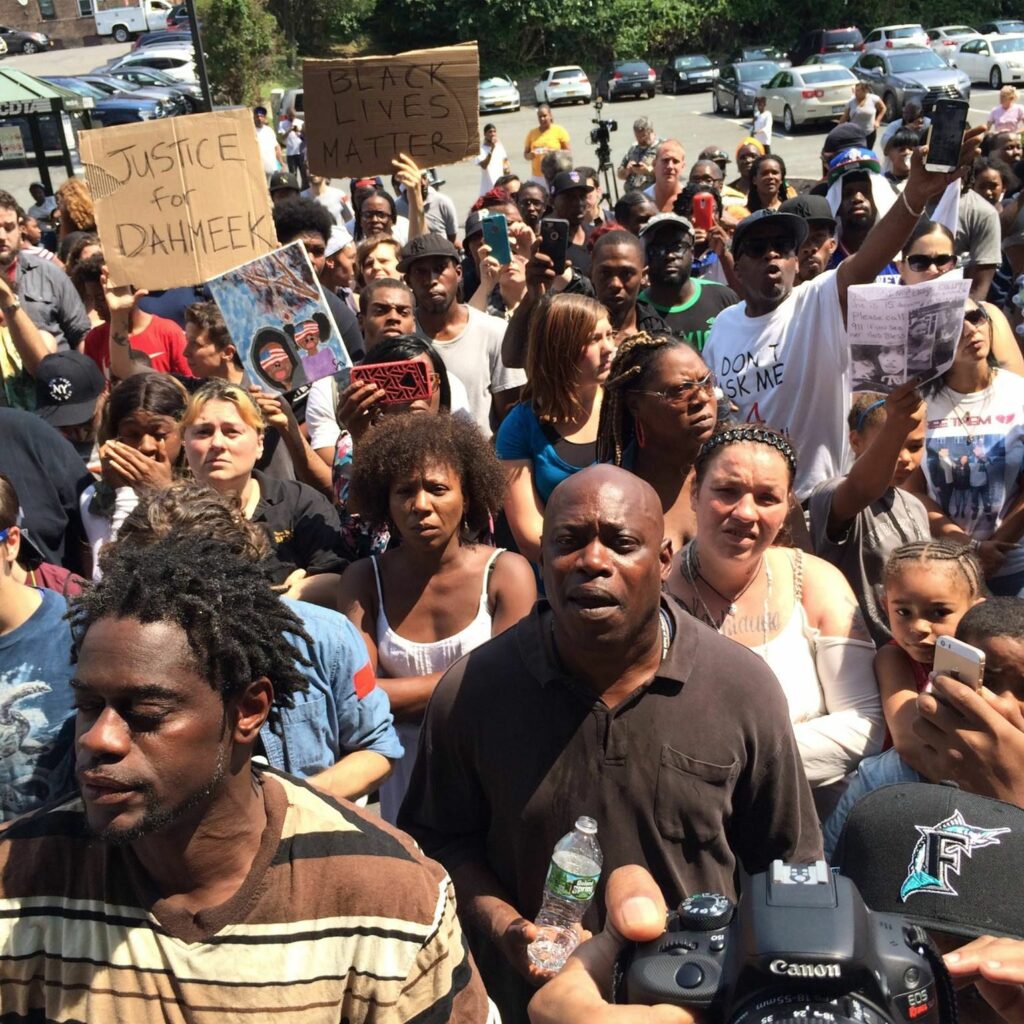 This story from reporter Jonah Moberg is about the police shooting of Dahmeek McDonald on August 16th in Troy, and the subsequent neighborhood march to City Hall on August 17th. Troy Police have not yet issued a statement, and the exact circumstances of the shooting are unclear at this time. This is the third shooting by Troy Police since 2015.

This piece is part of a pilot for the Hudson Mohawk Evening Magazine produced at The Sanctuary for Independent Media and broadcast on August 18, 2017 on WOOC 105.3 FM Troy. www.mediasanctuary.org