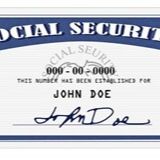 Reporter Tatianna Moragne interviewed Rehabilitation Support Services Program Director John Paduano to learn more about how their organization is making the transition to managed care. After the recorded interview, she spoke live with The Sanctuary for Independent Media’s Executive Director Steve Pierce, whose daughter lives with multiple disabilities, to get his perspective on how NY State’s transition to Medicaid managed care could affect his family.

This piece is part of a pilot for the Hudson Mohawk Evening Magazine produced at The Sanctuary for Independent Media and broadcast on August 18, 2017 on WOOC 105.3 FM Troy. www.mediasanctuary.org