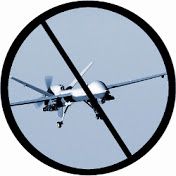 Seven members of the grassroots group Upstate Drone Action were arrested this morning during an anti-war protest at Hancock Air Force Base, near Syracuse, NY.
The base hosts the 174th Attack Wing of the New York National Guard, which controls unmanned Reaper drones used for secret missions over Afghanistan and Pakistan that are responsible for the deaths of many hundreds of noncombatants, including women and children, in that region.