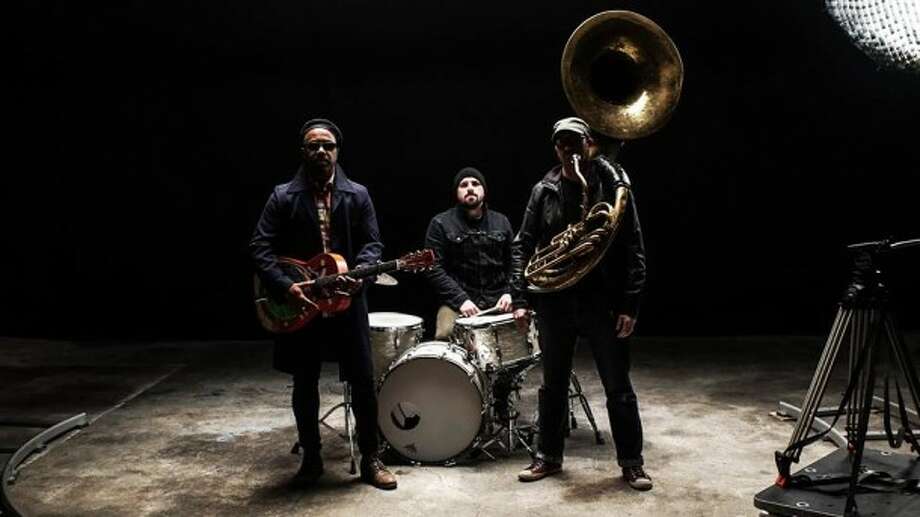 Their record label describes Delgres as “the missing link of the blues,” and an interesting link they are. The trio is fronted by singer/guitarist Pascal Danae, who before starting Delgres had already made a musical career that included working with the likes of Peter Gabriel, Youssou N’Dour and Harry Belafonte. Danae, who was born in Paris to parents from Guadeloupe, a longtime French possession in the Caribbean, decided to explore that region’s ties to American blues after picking up a dobro and liking its sound. For the band, he recruited Baptiste Brondy, a drummer he had worked with, and a musician known as Rafgee whose instrument of choice, the tuba-like sousaphone, lends Delgres’ sound a New Orleans vibe. The band takes its name from Louis Delgres, a military leader who died fighting troops sent by Napoleon to reimpose slavery (which had been abolished after the French Revolution) on Guadeloupe. The group has released one album “Mo Jodi,” which is described as “a tribute to Louis Delgres and to freedom fighters everywhere.” Reviewing the album, Afropop.org said “Danae’s Creole roots come through most strongly in his French-Creole language and the yearning quality of his vocal. But his guitar playing is deeply steeped in swampy, reverb-drenched bayou rock aesthetics.”
7 p.m. Wednesday. $20. Sanctuary for Independent Media. 3361 Sixth Ave., Troy. 272-2390. mediasanctuary.org.