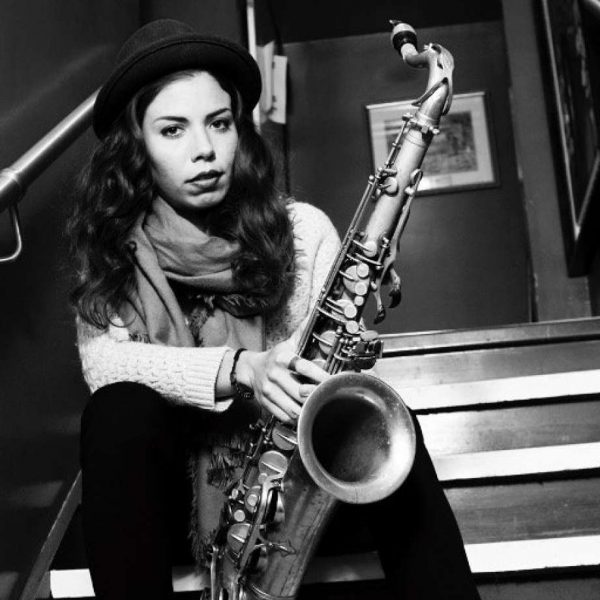 Growing up in Chile, Melissa Aldana could hardly avoid the sound of jazzy horns: Both her father and grandfather were serious saxophone players, and she took up the instrument as a child. (Her bio says she still plays granddad’s Selmer Mark VI horn.) Aldana left Chile to pursue her jazz dreams in the U.S., going to Boston for music studies at Berklee, then moving to New York, where all serious jazzers eventually land, it seems. Once there, she made an impression: Her website bio notes that in 2013 she became the first female instrumentalist and the first South American to win the Thelonious Monk Competition, a showcase and showdown for top young jazz talent. She had already released two albums on a small label, and the Monk win brought her a recording gig with the prestigious Concord Jazz label that yielded 2014’s “Melissa Aldana & Crash Trio.” Two years later came perhaps her best-received album, “Back Home.” Her website bio takes pains to forestall any confusion about the meaning of the title: ” ‘Back Home’ might seem to evoke Chile, where Aldana left in 2007 to pursue jazz at ever higher levels in the U.S. In fact, Aldana reveals, ‘Back Home’ ‘is not really related to Chile itself. It’s related to the first time I picked up the tenor and I heard Sonny Rollins.'” A laudatory New York Times review referenced Aldana’s lifelong love of Rollins’ music, calling him “her North Star on the instrument,” and summing up the album as “a supremely focused statement that makes no attempt to blur its lineage and yet feels largely unburdened by legacy.”
— Joseph Stalvey