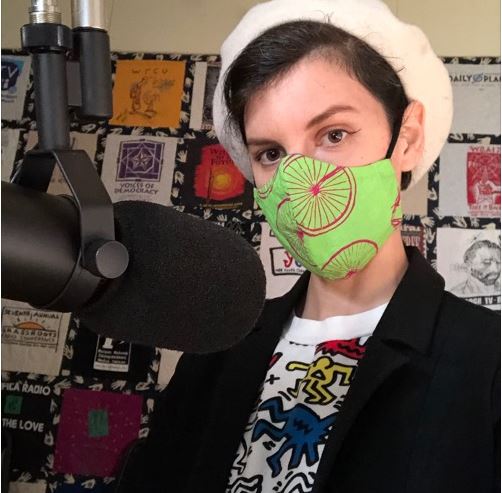 Sina Basila Hickey began working as an intern at The Sanctuary for Independent Media in 2008 for the duration of three semesters. She currently works full-time as the Programming Coordinator which includes overseeing the coordination of the volunteer-run radio news program Hudson Mohawk Magazine.

Sina is a community-engaged visual artist who uses media, the arts, and storytelling as tools for social and environmental action. She moved to Upstate New York from Germany and later pursued Documentary Studies at the University at Albany as a means of intersecting politics with the arts. She organized versions of the Papergirl Project, a street art action that originated in Berlin, the city that was her home for 6 years. While in Berlin Sina primarily focuses on working in video, teaching, and organizing a community garden. In Brooklyn, Sina focused on working as a freelance photographer and filmmaker, mostly partnering with educational, environmental, or social justice focused organizations. She also nourished an art practice with discarded materials and co-founded the photography group Seeing Collective.