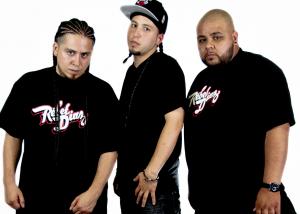 Rebel Diaz performed at The Sanctuary for Independent Media over the summer at an outdoor concert at Freedom Square, the Sanctuary’s outside stage. Rebel Diaz is a bilingual hip hop crew with influences ranging from Dirty South bounce to South American folk. They combine classic boom bap tradition with Hip-Hop’s global impact. The group has had recent tours in Europe and Latin America and have shared their stage during performances with artists such as Common, Mos Def, and Public Enemy. With roots in Chicago and now based in the South Bronx of New York, Rebel Diaz has also piqued the interest of the academic community with their poignant social commentary and energetic performances. Over the years, they have performed at dozens of universities and colleges, facilitating workshops, and speaking on panels and national conferences. They are extremely influencial people through the genre of Hip-Hop.