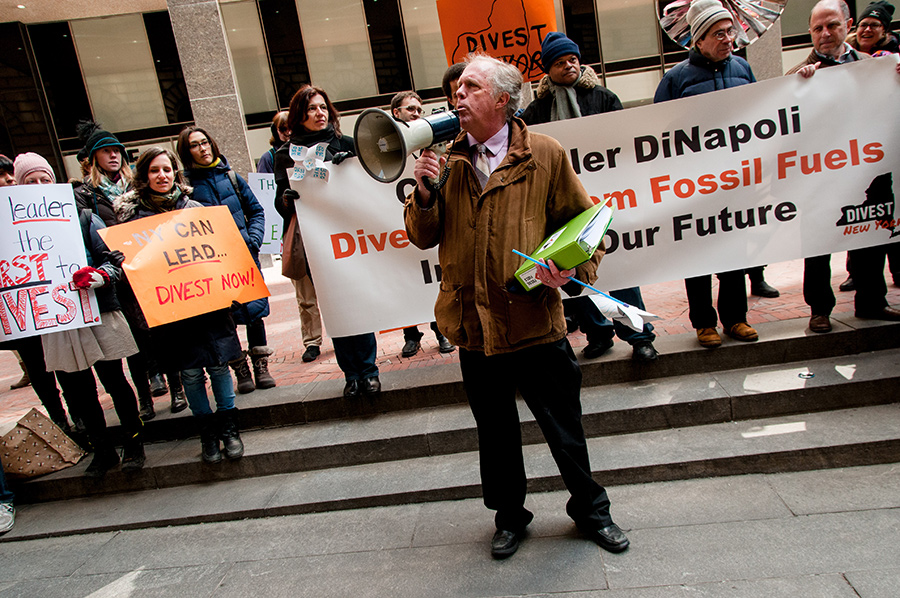 Mark Dunlea has been a radio show host for more than 20 years. He has been a news producer, headline write and co-host with the Sanctuary for Independent Media since WOOC launched. He previously hosted radio shows at WRPI and WBAI in NYC. He was also a co-founder of the Hudson Mohawk Independent Media Center, a predecessor to the Media Sanctuary.

Mark for the last decade Mark has worked full time on climate advocacy. He helped divest the NYC and NYS public pension funds from fossil fuels for 350NYC. He is a core organizer with PAUSE (People of Albany United for Safe Energy). Capital District Community Energy, and SHARE (Sheridan Hollow Alliance for Renewable Energy). He is chair of the Green Education and Legal Fund. He also works with Lights Out Norlite to help shut down the hazardous waste incinerator in NYS. He wrote one of the first reports opposing garbage incineration in 1985 and in 1980 coordinator the national campaign against nuclear power and for solar power.

Mark Dunlea is a graduate of RPI and Albany law school, where he was a co-founder of both NYPIRG (Public Interest Research Group) and national PIRG. For NYPIRG, he wrote the NYS law giving taxpayers the right to sue for illegal expenditures of taxpayer funds. Dunlea vs. Goldmark is the landmark case in New York under the freedom of information law. His work with PIRGs led to lifelong commitment to environmental activism.

He and his wife in 1985 built their own passive solar home in Common Farms, an intentional community in Poestenkill NY.

A co-founder of the Green Party of NY in 1991, he is a former Poestenkill Town Board member and the Green’s nominee for State Comptroller in 2018. He was the national campaign manager for Jill Stein for President in 2016 and assistance campaign manager for Sonia Johnson’s presidential run for the Citizens Party in 1984. He is the author of Madame President: The Unauthorized Biography of the First Green Party President.

He is an active gardener, including being a former advisor to the NYS Office of Community Gardens.