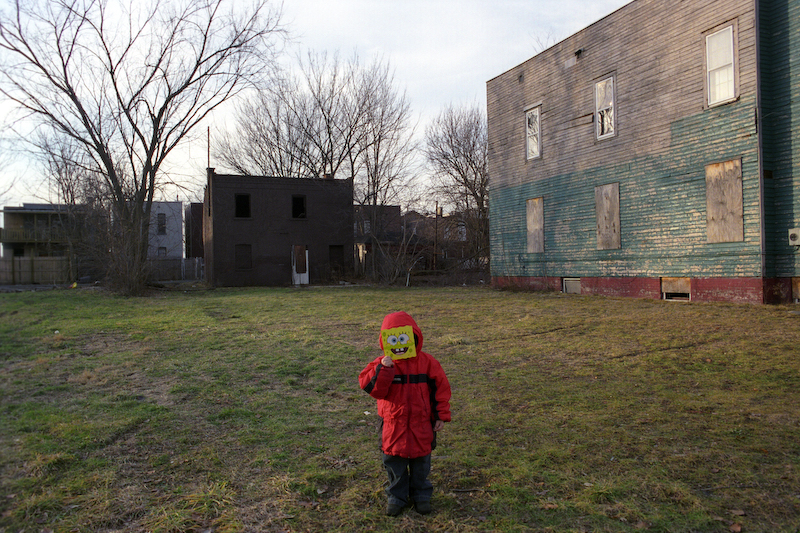 When Industry moved out of The United State, it left communities like troy empty - today, troy has a population of 44, 000 compared with 77.000 at the turn of the century. The larger social implications of these impoverished cities have created a permanent underclass of working poor. The current cycle of consumerism and collapse is designed to keep those at the bottom of the social - economic ladder chasing their own tails.

Brenda Ann Kenneally, a Soros Criminal Justice Media Fellow, attended the University of Miami and earned a B.S. in Sociology and Photojournalism, as well as New York University where she received an M.A. in Studio Art. Her main focus was on how families get lost in a culture of drugs and prison. She searches for ways to motivate inner-city women to empower themselves, despite their limited social and economic opportunities.

Kenneally’s work has been featured in the New York Times Magazine, Rolling Stones, and Ms. Magazine, among other publications. In 2000, she won the Community Awareness Award from the National Press Photographer’s Association, and in 2001 she was awarded the International Prize for Photojournalism in Gijon, Spain. Kenneally’s work in Brooklyn has received support from the W. Eugene Smith Memorial Fund, the Mother Jones Documentary Fund, and the Nikon Sabbatical Grant.

Kenneally has worked with the Sanctuary for Independent Media by exhibiting her photos, teach photojournalism workshops, and curating several exhibitions. She has taugh the documentary photography workshop, “Something Beautiful,” and documented the transformation of the neighborhood of 6th Avenue in North Troy. Born here in Upstate New York, Kenneally is involved in the ongoing project, Upstate Girls, which is a closer look at the lower working class America that resides in our neighborhood.