Join us for the twenty-second Capital District MLK Holiday Labor and Community Celebration Committee. The theme of this year’s virtual program is “Rise Up! The Struggle Continues….”

Jerry Ford and Shana Davis will be the MC’s, with a guest appearance by musician Taina Asili.  The event features local poets D. Colin, Shania Jackson and Erika Diggs. Participants will split up into “Break Out” thematic groups for intensive discussion and report backs!

Taína Asili is a New York-based Puerto Rican singer, filmmaker and activist carrying on the tradition of her ancestors, fusing past and present struggles into one soulful and defiant voice. Her music combines powerful vocals carrying themes of hope and liberation with an energetic fusion of Afro-Latin, reggae and rock.

Dr. Ron Daniels is founder and president of the Institute of the Black World 21st Century (IBW21), a progressive, African-centered, action-oriented resource center dedicated to empowering people of African descent and marginalized communities. As the administrator for the National African American Reparations Commission (NAARC), IBW21 has emerged as a leading organization within the U.S. and global reparations movements.

Assemblymember Charles Barron has been fighting for human rights since 1969, when he joined the Harlem branch of the Black Panther Party as an 18 year-old,  A self-described “elected activist,” he currently represents the 60th District in Brooklyn in the New York State Assembly. Formerly, he represented Brooklyn’s 42nd District on the New York City Council from 2001 to 2013.

ssociation (CSEA), one of New York State’s largest worker unions. Her labor activism began in 1979, working as a Mental Health Therapy Aide at the Brooklyn Developmental Center. Two years later she ran for president of her CSEA Local and won. She has worked to ensure working people have the power of a union behind them ever since.

Shana Davis has served as the  President of the Capital District Chapter Coalition of Black Trade Unionist since 2008 and a board member of the Capital District Area Labor Federation. An employee of the NYS Department Taxation & Finance for more than 30 years, she has been a member of CSEA Tax Local 690 since 1989. She was elected as Treasurer of CSEA Capital Region IV in 2016, CSEA Capital Region IV Executive Vice-President in 2020, and the Chairperson of the CSEA Statewide Constitution & ByLaws Committee.

Deacon Jerry Ford, a husband, father and leader; has seen his share of trauma and adversity.

He lost his mother and father at a young age. He was raised by a loving aunt, but found himself in the streets looking for the love he never received from his parents and eventually ended up in prison. After his 3rd prison stint, he saw himself on a path toward life in prison or death. Finding strength in faith,  Deacon Ford was able to make a 180 degree turn and now his story of resilience and hope is impacting communities across the nation. He started a nonprofit organization named Team H.E.R.O. standing for Helping Everyone Recognize Opportunities which focuses on youth mentoring, character and leadership development and linking families to resources. He has been recognized both locally and nationally for his service to the community, most notably winning  the Maytag Dependable Leader Award.

D. Colin is a poet, performer, visual artist and educator living in Troy, NY. She is the author of two poetry collections, Dreaming in Kreyol and Said the Swing to the Hoop, curates and hosts the weekly open mic Poetic Vibe, and teaches workshops for schools ahd organizations. D. Colin has been involved with community theater since 2009, writing and acting.

Shania Jackson is a local 4th grade teacher at School 2. She is the daughter of Eddie Jackson (passed) of Holy Serenity COGIC and Doris Jackson of Uni

ted Ordained Church of Christ.Shania graduated with a Bachelors in Early Childhood/Childhood Education, Concentration Black Studies, Minor in Deaf Studies from SUNY New Paltz in 2018 and will be pursuing her masters shortly.

Odell Winfield, a retired Excelsior College faculty member, is the founder and executive director of The A. J. Williams-Myers African Roots Community Center Library at 43 Gill Street in Kingston. It is a resource stocked with books and other learning materials focusing on the roots of African and African-American history and culture.

Lisa Good, MSW, is founding the director of Urban Grief, a trauma-informed co 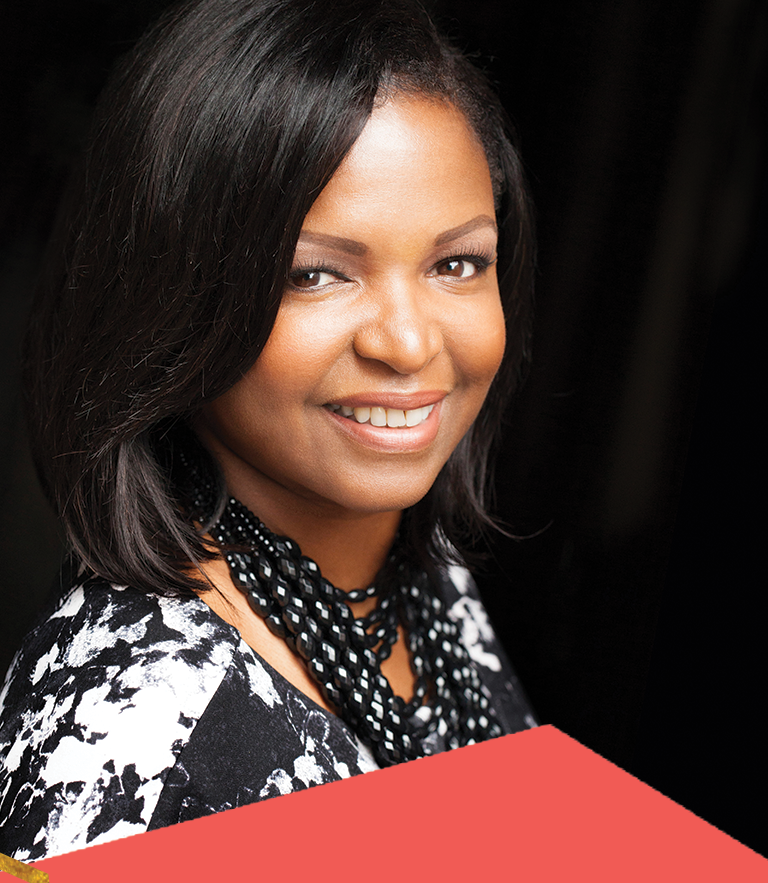 mmunity-based organization that educates on the effects of violence and supports those affected through outreach and victim advocacy. The former director of SNUG (formerly known as Cure Violence), she has over 25 years of human service experience. She facilitates trauma-informed workshops such as Adverse Childhood Experiences (ACEs), and community events, and faith-based workshops aimed at creating healing spaces and empowering community members through information about trauma, grief, and resilience.

Dr. Xavier Coughlin, MD is works as an ER physician at Berkshire Medical Center in Pittsfield and Samaritan Hospital in Troy. As “People’s Health Sanctuary” Coordinator, Coughlin is excited to build on the generations of strong communities in the Capital Region and to foster health autonomy as a liberatory practice.

Jamaica Miles, co-founder of All of Us, is a seasoned comm. A 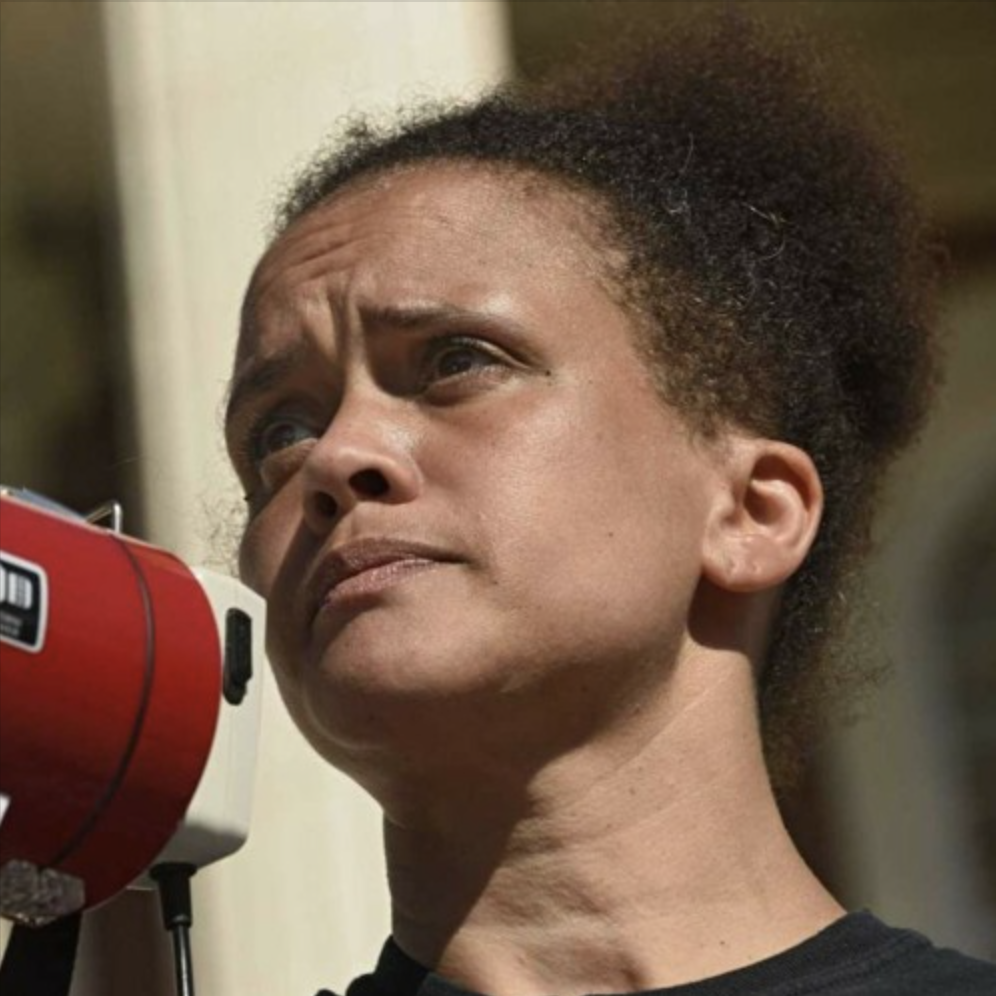 ll of Us seeks to break down the subdivisions of Black and Latinx culture to unite and fully empower the greater community.

Debra Garrett is originally from Brooklyn, NY, she is a mother of 4, a former Cou

ncil member for district 2 in the city of Troy. Debra is currently completing a dual degree in Health Science at Excelsior College. Debra is a member of the Nation Parents Union, and she Co- chairs the Advocacy group for NYS Character Parent Council. She is the founder of Shades of Cocoa, to support parents with education concerns and creating a sisterhood for young black and brown girls.

The Solidarity Committee of the Capital District

The Greyhound Strikers Solidarity Committee of the Capital District was created by Albany, New York-area labor union activists who supported the autumn 1983 Amalgamated Transit Union strike against Greyhound Bus Lines. After the strike ended, the organization was reconstituted as the Solidarity Committee of the Capital District.

The Solidarity Committee of the Capital District’s mission is “to promote solidarity and understanding of the labor movement, through educating and organizing in times of need.” Its founders envisioned an organization that would organize and support strikes, protest closures of manufacturing plants, aid unemployed workers, lobby for political and economic reform, and organize non-union workers. Their vision continues to guide activities through the present day.

We want to empower communities to improve the quality of life for young people and their families. We develop and implement programs to support youth making the transition from childhood to adulthood. We utilize a relationships first model, prioritizing human connections rather than focusing on perceived problems; our strategies are long-term and built around the strengths and needs of people who make up the communities we serve.

Our Programs: The Block Center is a positive youth development program for young people ages 11-17 living in the Troy, NY area. Founded in 2015 in partnership with the Troy Boys and Girls Club, the program connects caring adult mentors with young people for educational groups, character-building activities, field trips, and more.Weekly sessions are held every Tuesday from 6:00-8: 00 PM. Learn more at https://theblockcentertroy.com/

All of Us is a Black-led grassroots community organization fighting for Black Liberation and an end to all forms of racism, oppression and exploitation. We are committed to a strategy that prioritizes the voices of the marginalized in localities across the Greater Capital Region of New York, building toward change within New York State as a whole. All Of Us makes space for conversations that unite people across differences, invests in the leadership development of local communities, especially of its youth, and works in coalition with other groups and organizations.

As part of the Sanctuary for Independent Media’s growing NATURE LAB Urban Environmental Center, a collective of care workers and organizers are working to establish a central space in Troy to share health skills, provide basic integrative care and explore ways to build networks of community health. Though caring for our elders, our children, or cooking soul-nourishing food for family or friends may not be deemed ‘real’ healthcare, we know that in fact, it’s what holds us together and keeps us sane. Let’s bring our skills together to build a space where creative, joyful health is possible and accessible!

Co-sponsored by:
The Solidarity Committee of the Capital District; Team Hero; Troy 4 Black Lives; Save the Pine Bush; Capital District Coalition Against Islamaphobia, Urban Grief, All Of Us, and more!

Check out Roundtable Report Backs from our 2020 MLK Celebration, “Radical King: Where do we go from here?x

Check out: The artist creating the images of our time
https://edition.cnn.com/videos/world/2020/06/25/amanpour-kadir-nelson-art.cnn
Christiane Amanpour speaks to Kadir Nelson about his latest covers for The New Yorker, Rolling Stone, and more.